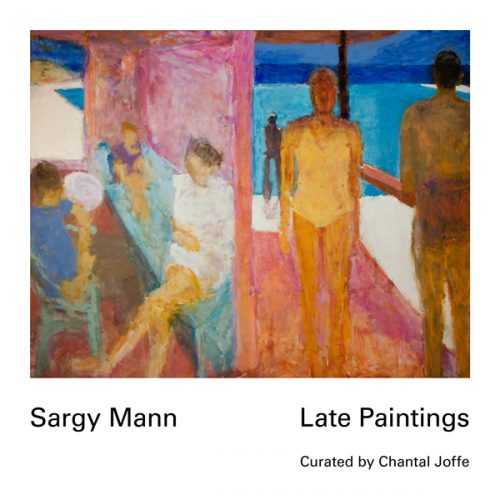 Sargy Mann was a student of Frank Auerbach and Euan Uglow and his early work was influenced by the ‘School of London’ painting. In the 1970s serious eye problems combined with an obsession with French Post-Impressionist painting (Mann went to the 1966 Pierre Bonnard exhibition at the Royal Academy 24 times) set him on a new course.

In 2005, he lost his sight entirely. For the last five years of his life he continued to paint, making an extraordinary series of large figurative works that combined a real room in his house with landscapes reconstructed from memory. He felt that the changes in his vision ultimately liberated him, forcing him into working in a more personal way.

“I first met Sargy Mann on a residential trip for Inner London school kids. I was sixteen and incredibly shy. Sargy took us seriously though, and treated us like artists. The week was a revelation to me and I never forgot his teaching or the paintings he showed us, in particular a group of drawings he was working on of his family at breakfast, two of which are in this show.”

This is the first time the late paintings have been shown together in London.

The exhibition will be on from February 27th to March 10th 2019 and will be accompanied by a publication featuring a text by writer Olivia Laing.