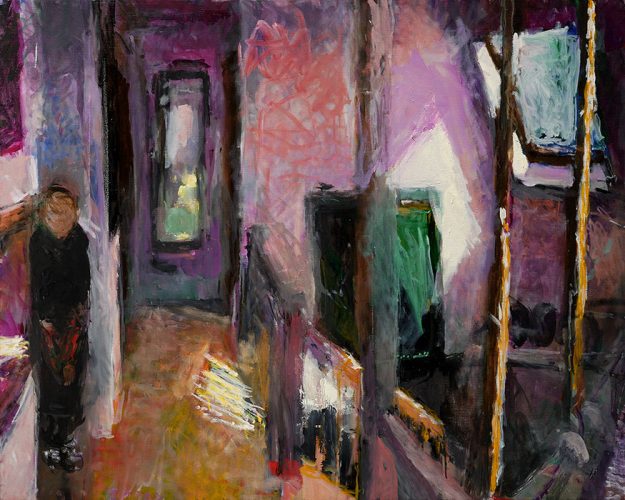 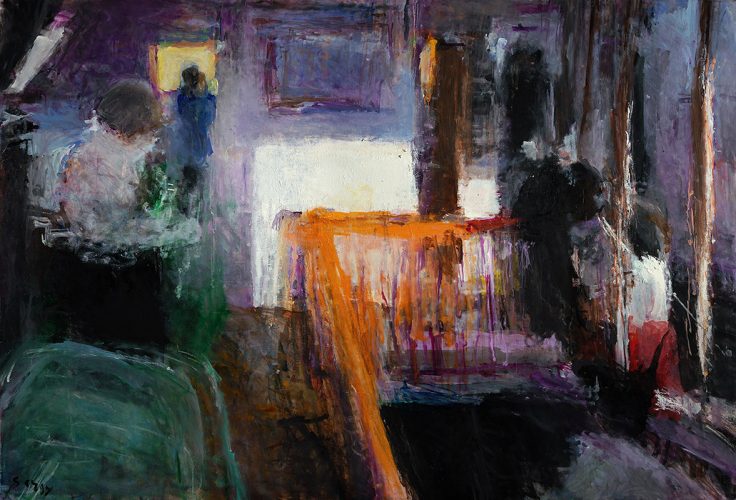 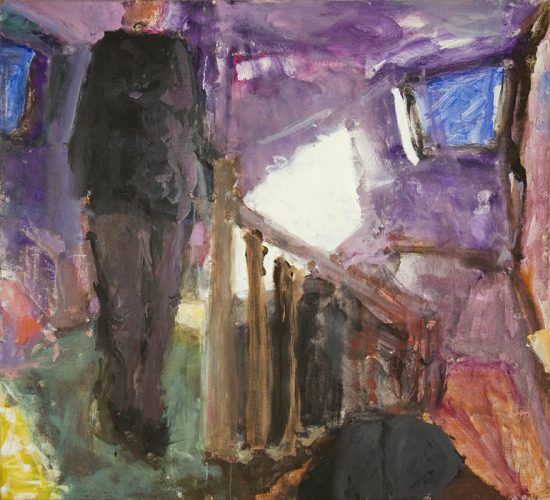 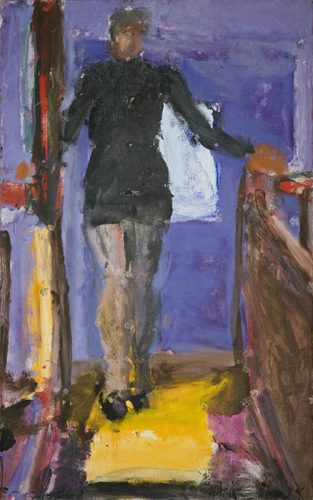 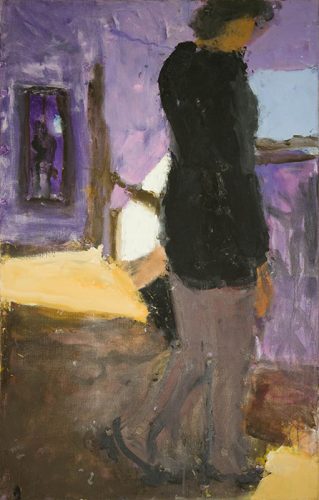 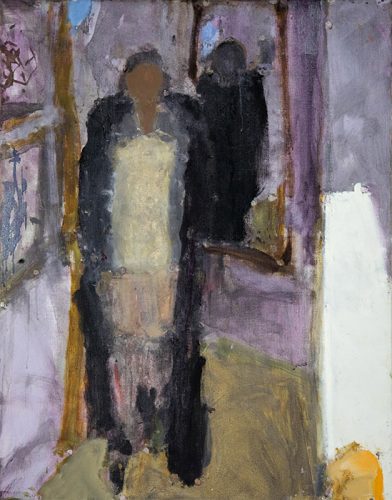 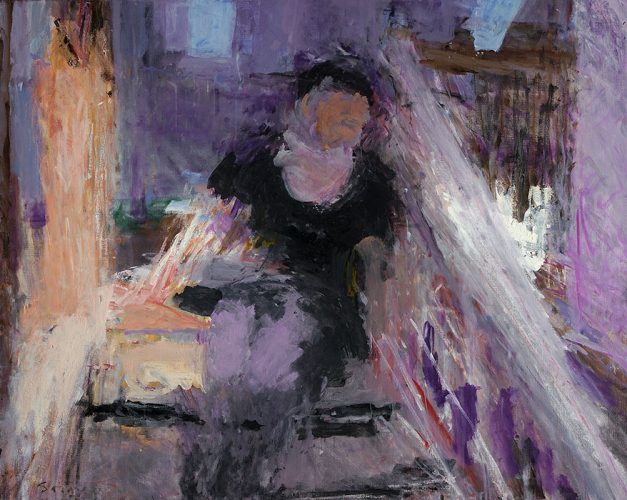 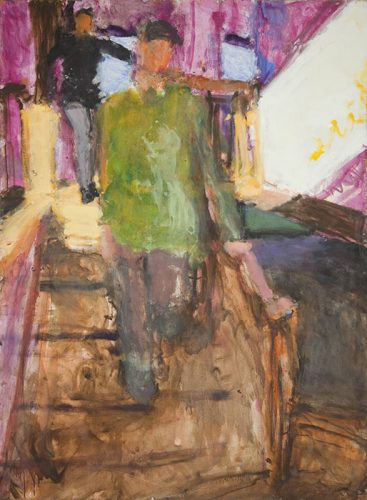 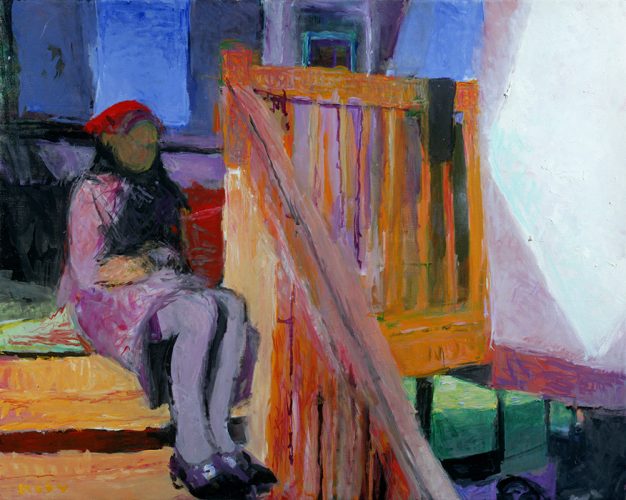 The upstairs of our house used to be rather boring; facing the top of the stairs was the bathroom with two bedrooms, front and back on either side. The back of the house faces close to south west so that the afternoon sun shines through the stairwell Velux onto the stairs or, in winter when it’s low, right into the bathroom. One winter our younger daughter, Susanna said wouldn’t the bathroom make a lovely little upstairs sitting room? On another occasion, Frances said that she wished that we could take away part of the floor of a bedroom so that light from its Velux could light up the very dark playroom below.

As I thought about these suggestions a new design for the upstairs of the house gradually took shape in my mind. Different ideas were imagined, discussed and discarded. As this went on I became more and more excited about this new space becoming a subject for paintings. Before going to art school I had qualified as an engineer and so, working with our wonderful builder, was able to come up with the final design which he and his son realised for us. The old bathroom is now a sitting room, the bathroom has moved next door into half of the north west bedroom and is much nicer than it was. The floor of the stairwell end of the south west bedroom was cut away to form an atrium surrounded by an elm balustrade leaving a room running across the north west end of the house which is a computer gallery and spare bedroom. The wall separating the stairwell from the atrium is glass and at certain times reflects the sunlight from the Veluxes so that the stairs and landing are lit from two directions, which is very exciting. Before the work was done I painted a six foot square picture of what I imagined this would be like. At this time I was seeing very badly – it was in 2001 before my corneal graft – in fact the worst ever.