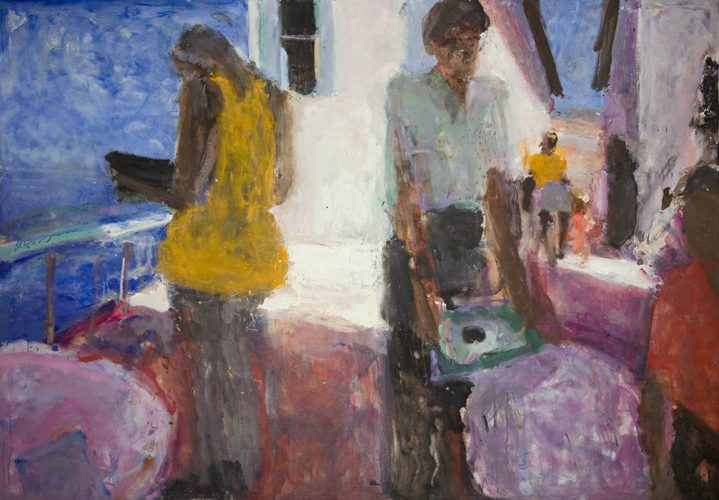 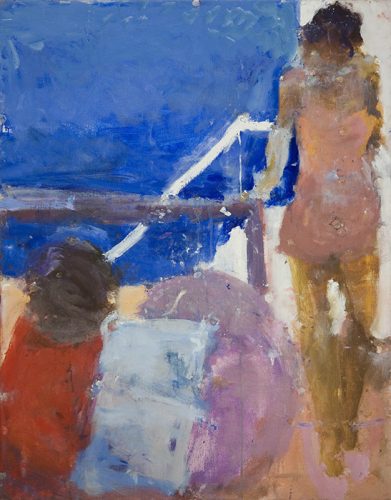 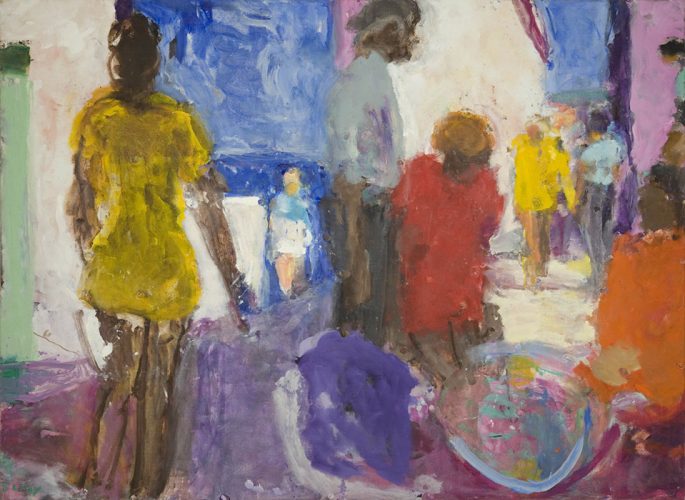 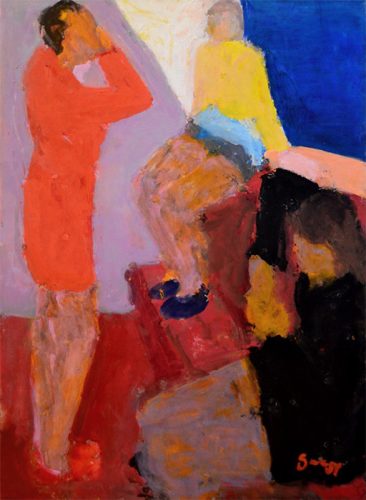 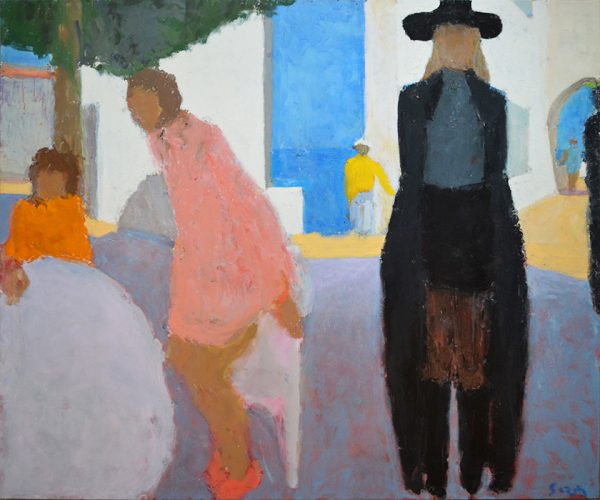 “Now that I am totally blind I perceive what is near by touch and know a little of further afield from its sounds.

In these new paintings the space that surrounds me, and the near touchable figures, extends into an imaginary world of light and colour which then feeds back to give meaning to the figures, fusing, I hope, what I imagine and what I perceive into a single image.”

In the lecture he gave at the Royal Drawing School in 2007  Sargy talks about working on Cafe Above the Sea, at the time the painting was unfinished. It is a very important painting in terms of his process of finding a way to continue to make what he called ‘perceptual paintings’ after his total blindness in 2005. Cafe Above the Sea was the first time that Sargy combined an arrangement of figures and some objects in his studio which he could touch and make measurements from (his wife Frances for one of the main figures and his son Michael for the other), with an imagined light and space. In the black and white photograph below he is seen sitting in the studio set up for this painting, the table and the stool represent the two near tables in he painting.

The space and the light beyond the figures in many of the first of the ‘New Paintings’ was based on Cadaques. In See the Girl with the Red Dress on‘ and Cafe by the Sea, Girls in Green for example, it can be seen that the geometry of the space is the same as in The Point, Afternoon from the Cadaques paintings but the light is not exactly as it would have been at any particular time of day in that location.